Several attractive shade structures are featured in a luxury master-planned community that some call the “New Old-Home Neighborhood” because of its hometown charm and quaint neighborhood feel. The first featured home community shade structure is a Scottsdale model with custom lattice ornamentation, triple columns and standing-seam roof with a poolside location. It is a popular efficient design with a 2 tier gazebo style facilitating a pleasant airflow on those warm summer days. Manufactured by Classic Recreation, the Scottsdale model is easily dressed up with multiple columns and ornamentation as can be seen in the first photo. 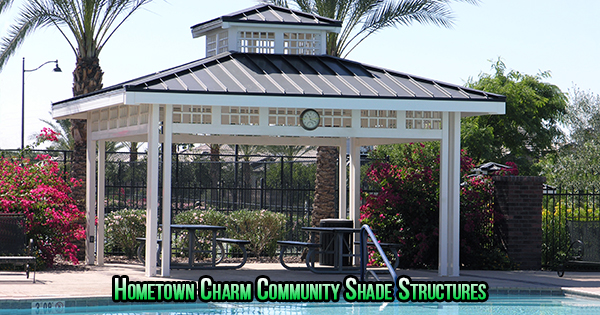 The second featured shade shelter is a Dallas model with custom cupola, picket ornamentation, standing-seam roof and heavy duty railing. The Dallas shade model from Classic recalls an earlier era, with clean and modern lines. It is available with variable-height roof tiers, and with an optional vented New England-style cupola as shown below at the home community.

The high quality and luxury master-planned community that features the shade shelters is known as Mulberry and located in Mesa, Arizona. Long known as one of the nation’s largest bedroom communities, Mesa in recent years has started attracting a more diverse mix of development projects ranging from office parks to industrial complexes and, of course, more quality and luxury neighborhoods.

More featured shade shelters in the community are smaller Scottsdale models installed by the pool to shade visitors. These are two tiered gazebo style and some of the structures manufactured by Classic are shown in the photo below. 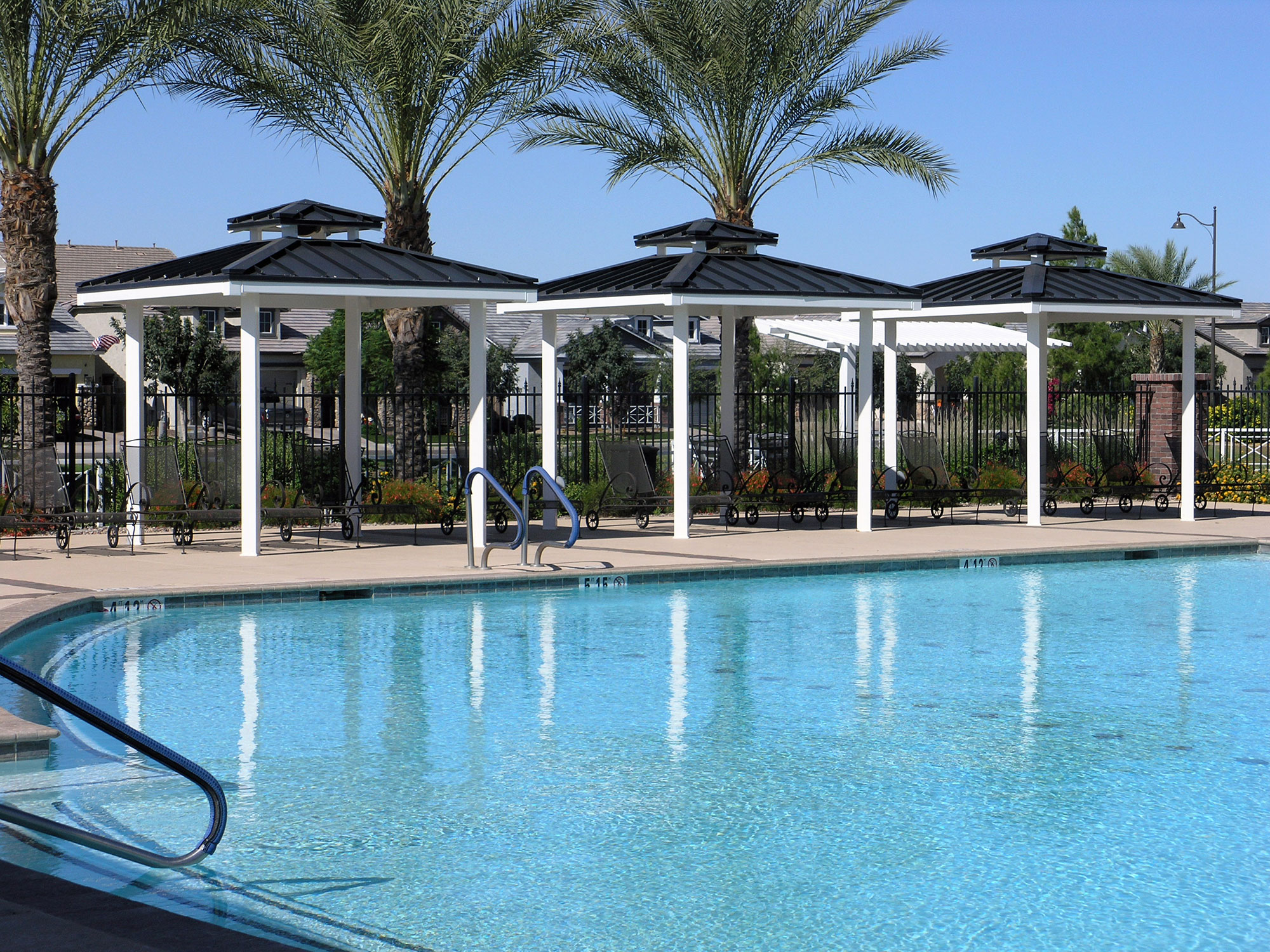 The Mulberry community was built in Arizona by Blandford Homes with 550 homes and tree-lined streets. The houses have front porches facing the street instead of garages to promote a sense of community within the neighborhood. The community is located on 130 acres in east Mesa near Desert Ridge High School. Home sizes range from 1,600 square feet to just under 4,000 square feet, with prices originally starting in the $200,000s. The first homes opened in early 2015. The home community shade structure is located along the north site of Guadalupe Road between Crismon and Signal Butte roads.

Another Scottsdale model with the lattice ornamentation installed in the community is shown below providing two tier shade for picnic tables at a playground park in the community. 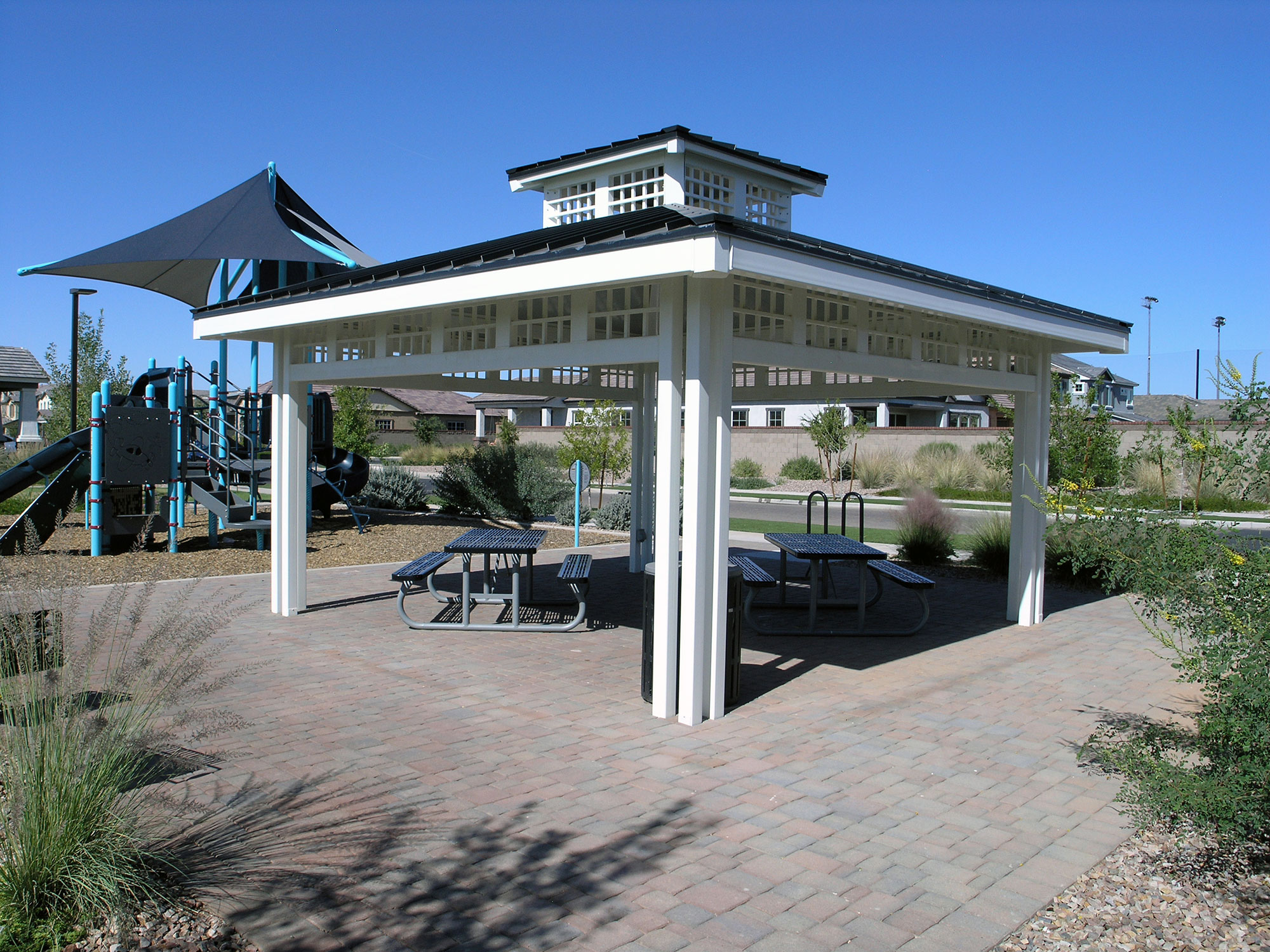 Trellis model shade structures are included in greenbelt parks inside the community to provide shelter at picnic  and seating benches. As shown below, the Trellis model creates a feeling of openness and light where space is more important than shade. These structures also manufactured by Classic feature roof members of tubular steel and finished in powder coat. 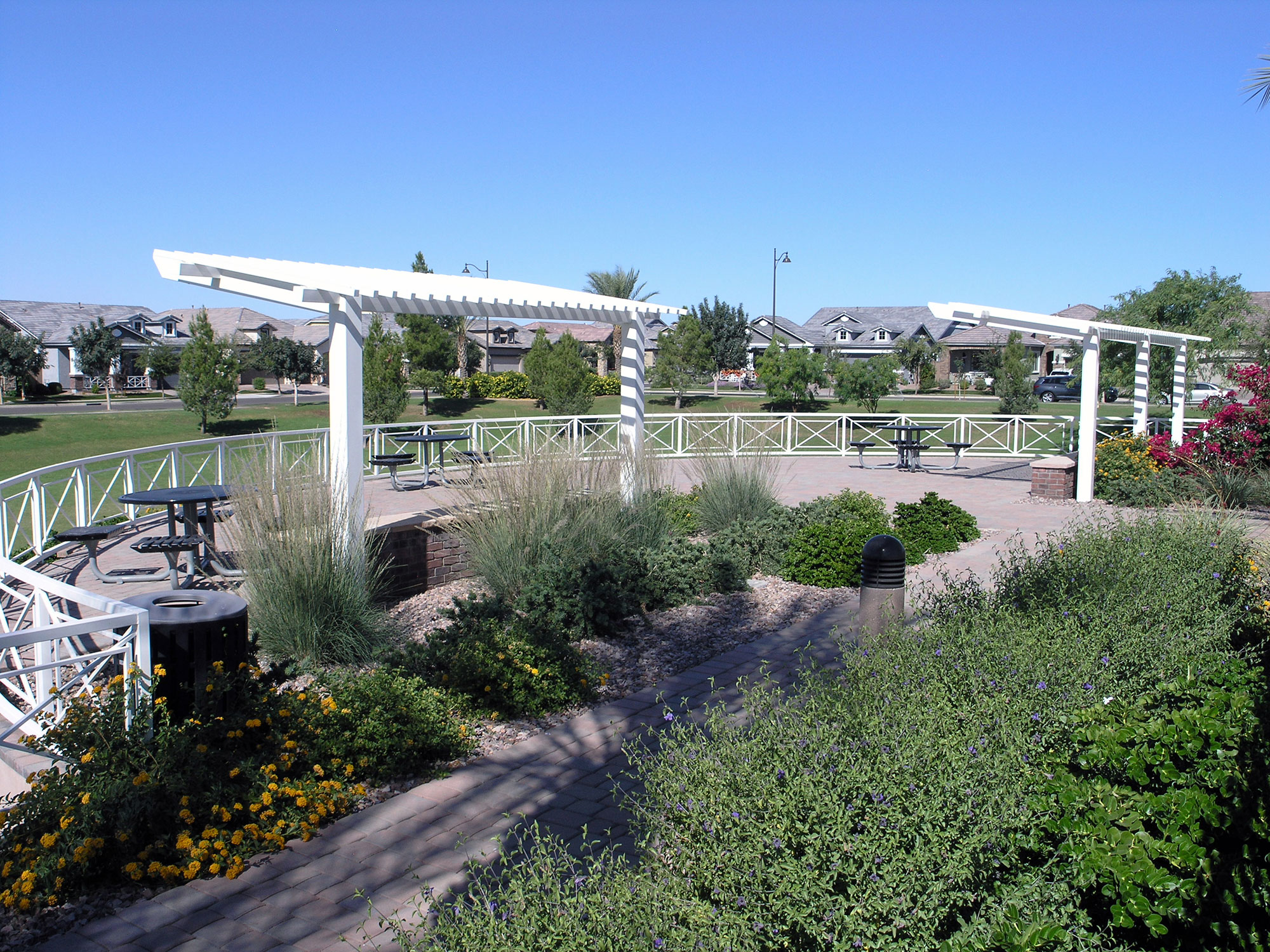