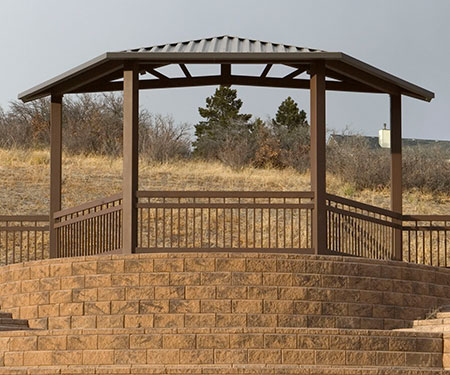 The Vienna shade shelter model is ideal for an outdoor performance in a variety of public settings, or as an overlook or viewpoint. The standard model features tube steel columns and is available in many sizes that can provide gazebo band shade.
• Available with 2″ x 6″ tongue & groove sub-roof
• Three, Four, Or Six sided
• Nearly any size is available both standard and custom.
• Measured across face, point to point of the roof edge. 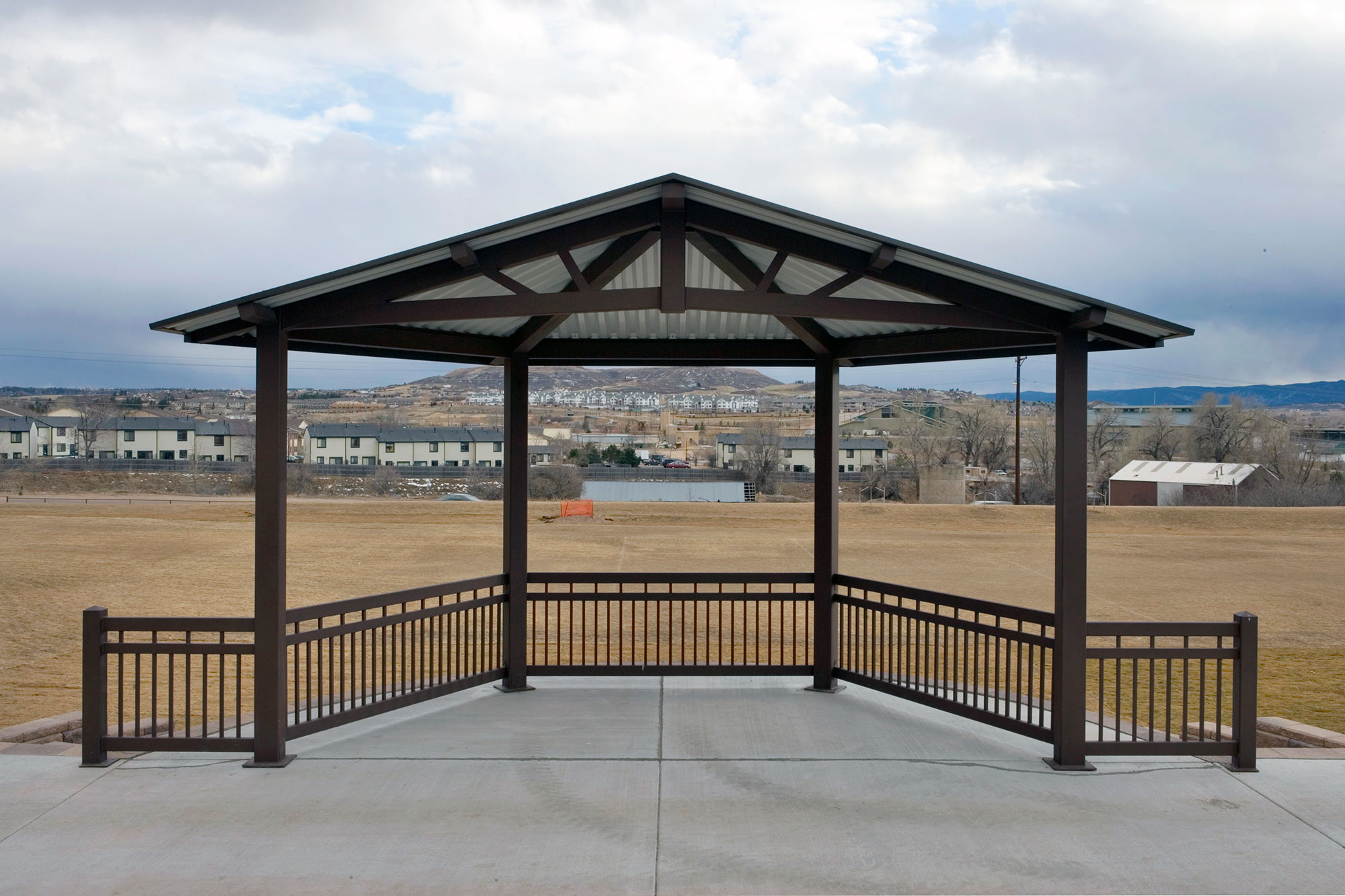 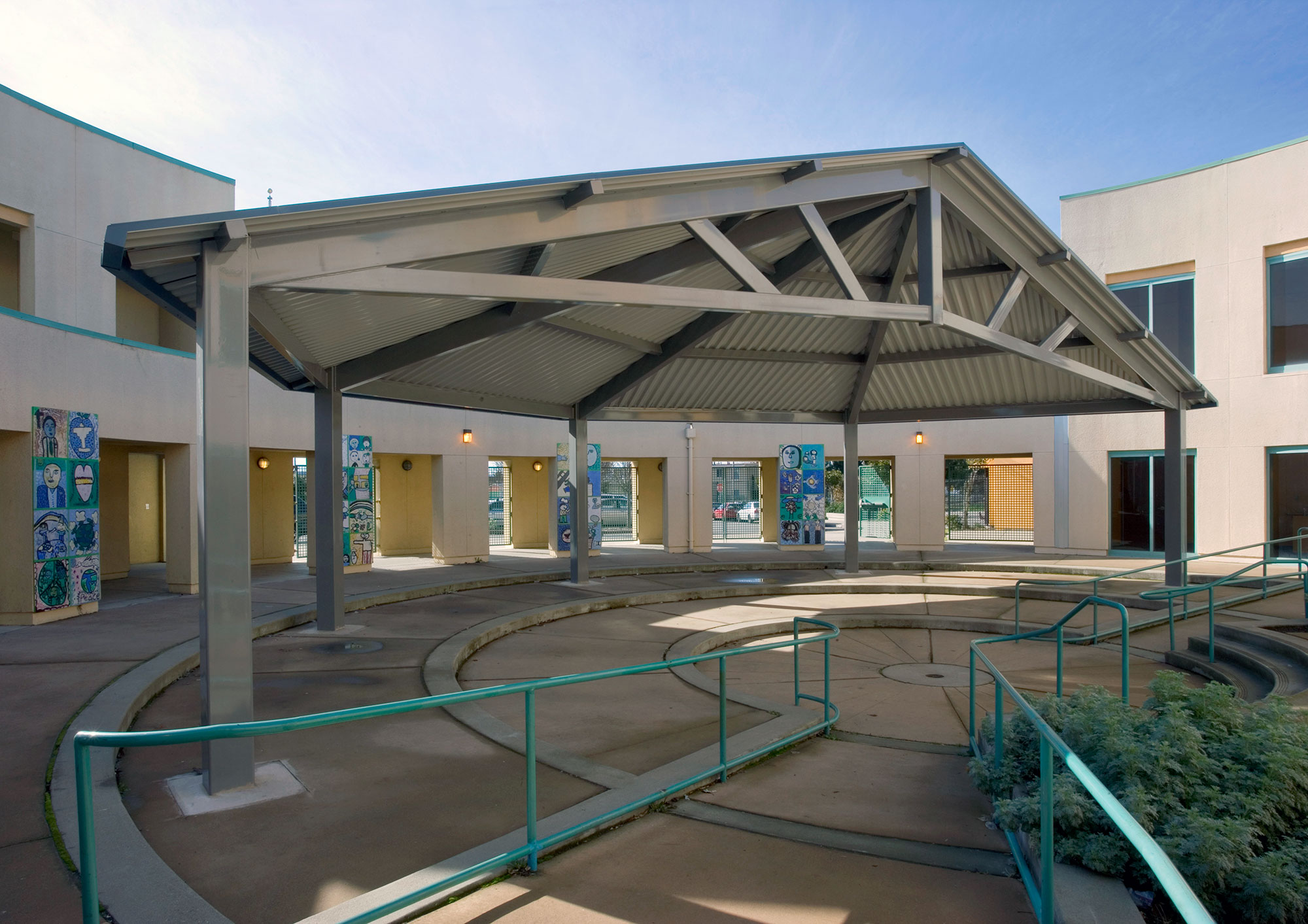 A gazebo bandstand resembles ornamental European garden structures modeled after outdoor open-sided pavilions found in Asian countries from early times. This type of performance building often housing an outdoor stage was found in the fashionable pleasure gardens of London and Paris where musicians played for guests dancing and dining. This type of stage shade was later built in public spaces in many countries as practical amenities for outdoor performances. Gazebo bandstands appeared in the United States post Civil War to accommodate the brass and percussion ″cornet″ bands found in towns and squares of every size. Variations on this outdoor stage design were built later in the century. They were found in parks, fairgrounds, and court house squares. Gazebo bandstands and outdoor pavilions were an essential feature of these parks. Even though many of the turn-of-the-century classic bandstands are no longer in existence – their heritage is incorporated into the design of the Classic Recreation Vienna model.